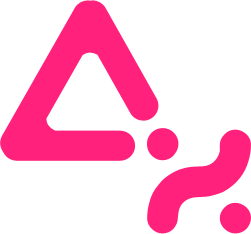 It’s been a bit of an ‘everything’ week here as we’ve been preparing a build for Venturefest South West, which is an innovation and investment event we’ll be showing and talking at next week.

It’s a buisiness-oriented event, so we’ll be there showing our tools and tech while looking for investment to fund UD2 so it’s a bit different from the usual games events we do when we get to talk to players and hear what they want to play.

Working up to an event always has a different feel from regular development – it’s a tricky balance to focus on the big features that we want to include but also have something that’s reasonably polished and bug free. Often time spent polishing early in development can be wasted time as features change or are replaced further on, so we tend to focus on quick wins and areas that are more stable. Any changes have to be weighed against how risky they are – missing features aren’t great, but there’s nothing worse at an event than a build that crashes or has major bugs constantly!

One area that’s got a bit of love this week is buttons – we’ve now got lovely physical buttons for control panels and so on. Because they’re physics-based they can be pressed by your hands or any other dynamic physics object. In UD1 players sometimes tried to open buttons by throwing security cards at them and it wouldn’t work, but in UD2 it will! The more we can get simulated in the physics engine the more the interactions between objects feel natural and allow players to come up with unexpected solutions.

Combined with the emissive glow and smooth fall off, these are super satisfying to actually use. 🙂

So if you’re at Venturefest then swing by our stand and say hi – if you’re not then you can pop into our Discord instead.